Coaching Philosophy:
“Commit to the process of becoming 1% better everyday, as a player and as a person. As you show up as the best version of yourself, others around you will be empowered to do the same. Be grateful for your opportunities, be fearless in your efforts, and always play with love for the game.”

Coaching Philosophy:
“Give it your all in every moment.”

Coaching Philosophy:
“My goal is to pass on the experience I have gained through playing, and to pay forward the knowledge I have received through my past coaching experiences.”

Coaching Philosophy:
“As coaches we are preparing you for life both in the sport and in everyday life.  The key philosophies of honesty, competition, tenacity, and self confidence taught on the court serve to help us become better and more successful individuals in whatever we hope to accomplish.  The only limits we have are the ones we impose on ourselves.“ 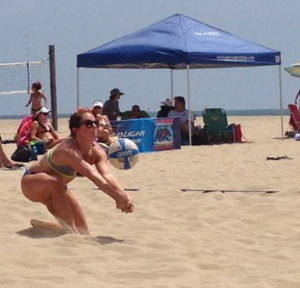 Coaching Philosophy:
“I believe not everything comes to us naturally or easily. However, most things can be achieved through determination, focus and a genuine love for the game. Rather than thinking, “I could never do that” Start asking, “What would it take to do that?” Anything is possible with the right mindset as well as a plan of action.”

Coaching Philosophy:
“I believe in the mantra of ‘relentless pursuit.’ As athletes, we face many obstacles: being told ‘no,’ physical injuries, mental setbacks, the grind of repetition, and the push to level up. Through relentless pursuit, an athlete can compete selflessly while never giving up mentally, physically, or emotionally no matter what the universe brings their way. My job as a mentor is to help athletes find their own version of relentless pursuit, while communicating positively and effectively, exercising gratitude, and helping players trust the process by showing them what they’re capable of with undeniable grit and mental toughness.”

Coaching Philosophy:
“I believe in proper preparation. This starts with mindset training for our athletes. I run progression-based practices sessions that focus on proper technique, fundamentals, and game preparedness.”

Coaching Philosophy:
“With the right motivation, will power, and effort, anything can be achieved in this sport.”

Coaching Philosophy:
“Helping our youth safely and effectively develop into responsible and respectful young adults who contribute to the greater good of society.”

Coaching Philosophy:
“I strive to help players become complete athletes; as prepared for success mentally as they are physically. By growing fundamentals into effortless familiarity with the game, we not only achieve more success on the sand, we also have more fun.”

Coaching Philosophy:
“Two quotes that I live by are “Success is peace of mind which is a direct result of self satisfaction in knowing you did your best to become the very best you are capable of becoming” – John Wooden and “Some people want it to happen, some people wish it would happen, others make it happen” – Michael Jordan. These two quotes took me through many hard times as an athlete and gave me confidence to go after my dreams!  My goal as a coach is to inspire all athletes to give their best into every practice and game even when they don’t feel like it. My other goal as a coach is to create a culture of learning with a growth mindset approach to the game. If players can do that consistently, I have no doubt that they will be a success!”